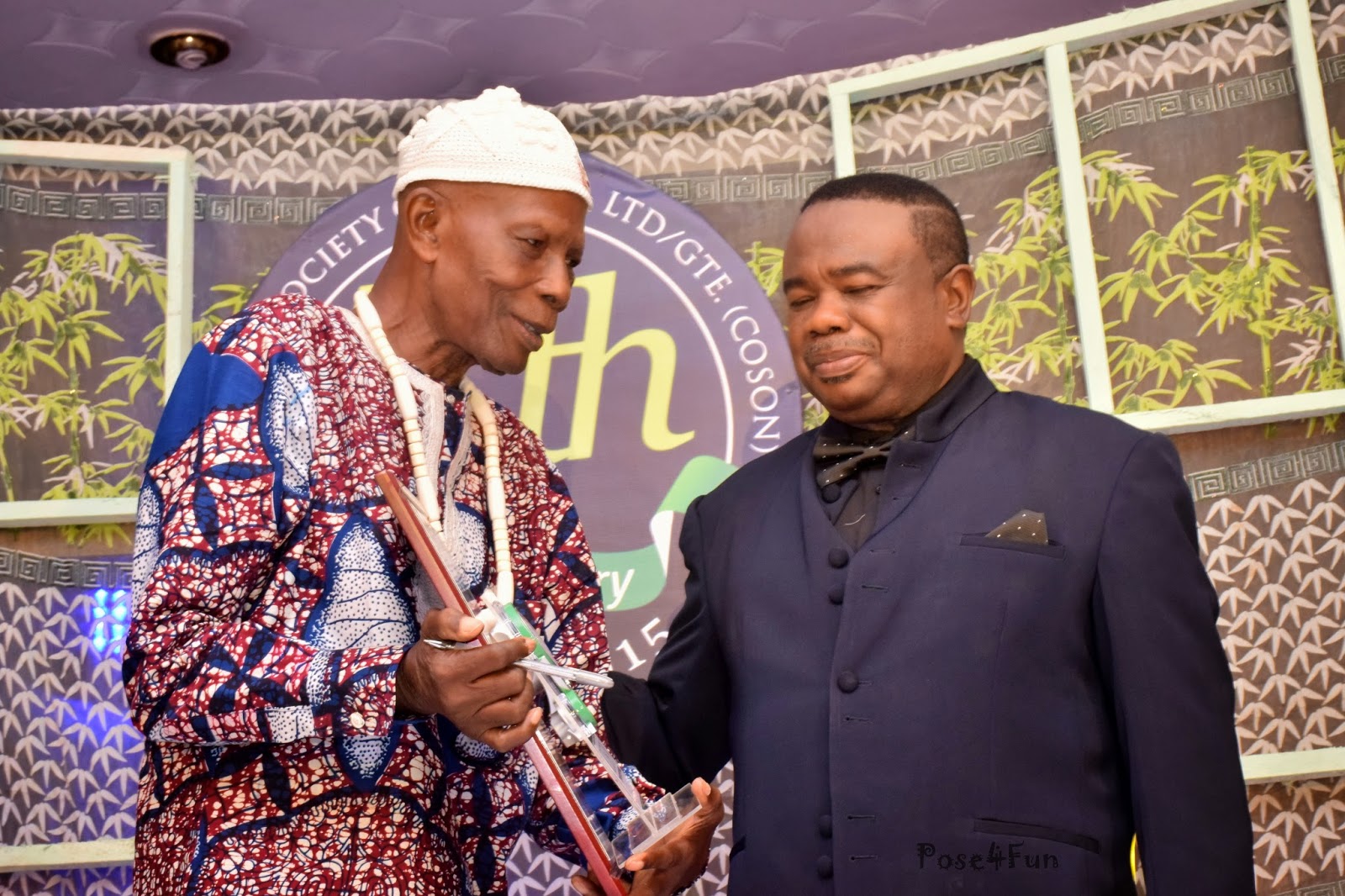 Copyright Society of Nigeria (COSON) announces the passing on of Emmanuel Ntia, the celebrated Highlife musician and oldest member of COSON who just passed on in his home town, Abak in Akwa Ibom State at the age of 94.

Well known for his monster hit, “the Fish Song”, which rocked dance halls in Nigeria in the late sixties and early seventies, Emmanuel Ntia was a musician’s musician.

An activist creative person like no other, Ntia was one of the most committed drivers of the COSON vision until his passing on. He was on the COSON team that met with the Akwa Ibom State Government when COSON held a Stakeholders Forum in Uyo in 2016.

Before then, Ette Ntia who never stopped performing on stage, had played continuous roles in promoting the cause of musicians in his state and beyond. A one-time PMAN Chairman in Akwa Ibom State, he was a subscriber to the Memorandum and Articles of the defunct Performing & Mechanical Rights Society (PMRS) and served on the Board of the society.

In 2015, Emmanuel Ntia was presented a major award at the COSON 5th Anniversary celebrations in Lagos and his thumb print and signature placed in THE BOOK, the COSON Roll of Honour, where the names and citations of only those who have made outstanding contributions to the defence of the rights of creative people in Nigeria is contained.

Conveying the condolences of the members of COSON across Nigeria to Pastor Israel Ntia, the first son of the great entertainer on the phone, COSON Chairman, Chief Tony Okoroji praised the Late Emmanuel Ntia for his unsurpassed dedication to the cause of musicians in Nigeria. In the words of Chief Okoroji, Emmanuel Ntia was a truly great and ageless Nigerian performer who stood for what he believed in till the end. Despite our significant age difference, he treated me like his brother and was one of my great supporters both in my roles as President of PMAN and Chairman of COSON. There was nothing anyone could have given Ette Ntia that would have made him abandon COSON. He was 100% committed to the COSON cause and will be remembered forever by the COSON family.

Flags at COSON House in Ikeja will fly at half mast for one week in honour of the great Emmanuel Ntia.