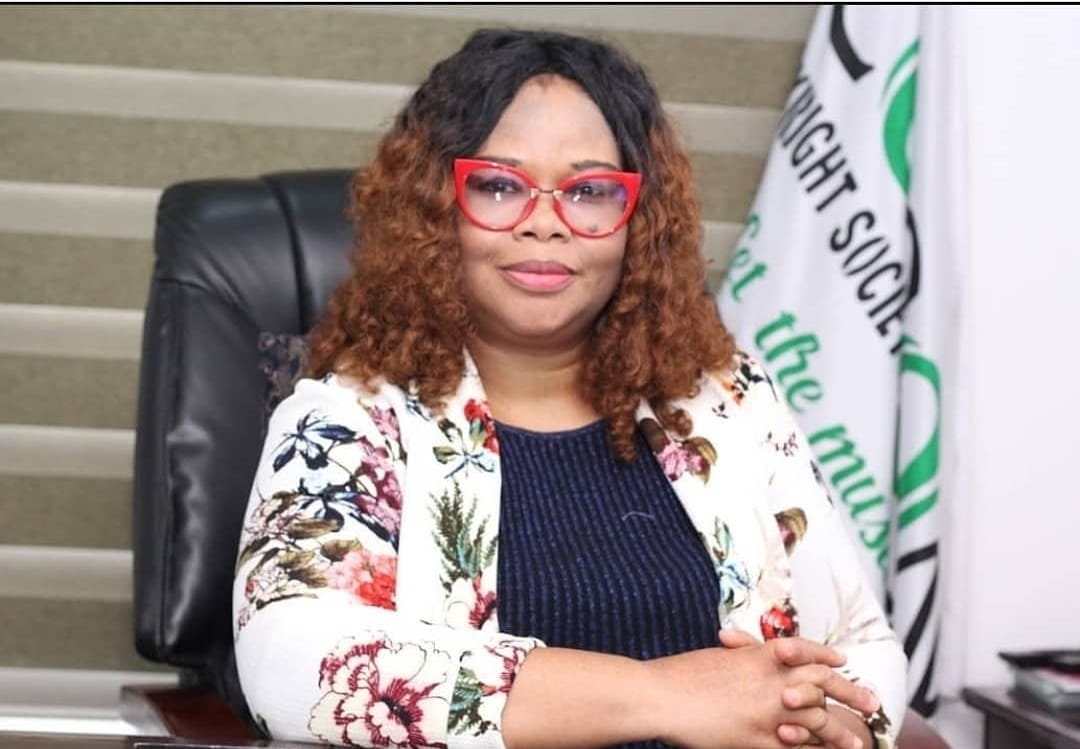 Ms. Bernice Eriemeghe, the General Manager, Copyright Society of Nigeria (COSON), Nigeria’s biggest copyright collective management organization, has said that the magnificent COSON House in Ikeja was never raided by the police at any time on Wednesday, March 17, 2021 and that there is no reason whatsoever for such a raid as COSON is in no way involved in any kind of shady activity.

Reacting to the publications on social media that COSON House was recently raided and many of the staff arrested, Ms Eriemeghe said, “I am a professional accountant and an internationally trained manager. I will not work in a place where the rules and the law are not followed to the letter. I am exceedingly proud of the standards we have set at COSON and I make bold to say that if every Nigerian organization is managed like COSON, Nigeria will be a great nation. COSON is one of Nigeria’s most audited organizations and we have nothing to hide.

“This social media story is another fake news of the most laughable kind. It is shamefully being promoted by the desperate detractors of the great work that COSON is doing. Of course, we know those behind it, those who are frustrated that the Almighty God has made it impossible for them to take over control of our great institution and milk it and pauperize our members. They are angry that God has stoutly refused to answer their wicked prayers that COSON should crumble.

“This is of course a rehash of the failed attempt to scuttle the December 15, 2020, COSON AGM which at the end of the day was a fantastic and productive meeting streamed live on Zoom to thousands of COSON members across the country who joined the meeting virtually. The jobless detractors failed woefully in December. The jobless detractors have failed woefully again in March and will continue to fail”.

Said Ms. Eriemeghe, “the fact is that I was invited by some police officers to respond to a very childish petition written by one Pretty Okafor, a busy body, who is not even a member of COSON. I went with the COSON lawyer, the very brilliant James Ononiwu of WhiteDove Solicitors. One look at the petition, I started laughing as it is filled with lies, jumbled facts and twisted logic. It took me a very short time to respond to it and after responding to it, I went back to work in my office. To say that I fainted at sighting the juvenile petition is a big joke and a fat lie. For the avoidance of doubt, not even one member of my staff was arrested by the police and work did not stop at COSON House for one minute.

“It has become clear to us, that the tactics of our detractors is to send such juvenile petitions to the different security agencies and use the police, EFCC, DSS, etc to hound us for doing a great job for our nation. Very soon, they will send the Boys Scouts! Maybe they do not know that I am a daughter of a police officer and I know my rights. As a staunch Rotarian, I abide by the “4–Way Test” which is a Rotary International moral code for personal and business relationships. I will not be intimidated by these cheap tactics of fraudsters”.

Concluded the General Manager of COSON, “it is well known that following the commissioning of the magnificent COSON House, the only real property fully owned by the Nigerian entertainment industry, all manner of people became envious of COSON. The restless Pretty Okafor started spreading falsehood to tarnish the name of Chief Tony Okoroji, the Chairman of the COSON Board, a celebrated former President of PMAN and the continent’s undisputed master of copyright. Chief Okoroji took Pretty Okafor to the High Court of Lagos State for defamation of character and won re-soundly. Today, Pretty Okafor is a judgment debtor to Chief Tony Okoroji. Rather than pay his debt, Okafor, his cohorts and social media co-travellers are running around trying to use security agents to harass his judgment creditor and harass the institution he leads. What a shame! Anybody who knows Chief Tony Okoroji will tell you that the strategy of the