There was heavy singing and dancing at the Banquet Hall of Lagos Sheraton Hotel, Ikeja this Monday, May 20, 2019 as stars of music from different states across the country converged in Lagos for the 9th Annual General Meeting of Copyright Society of Nigeria (COSON) which is by far the nation’s biggest and most successful copyright collective management organization.

At the elections which took place at the AGM, Highlife Star and “Zigima” music exponent, Bright Chimezie was elected for the first time to the COSON Board. Chairman of COSON, Chief Tony Okoroji, whose term in office expired at the AGM, stepped down both as Chairman and as a Director. He was subsequently unanimously re-elected by the General Assembly in an election which had four top notch lawyers as returning officers. 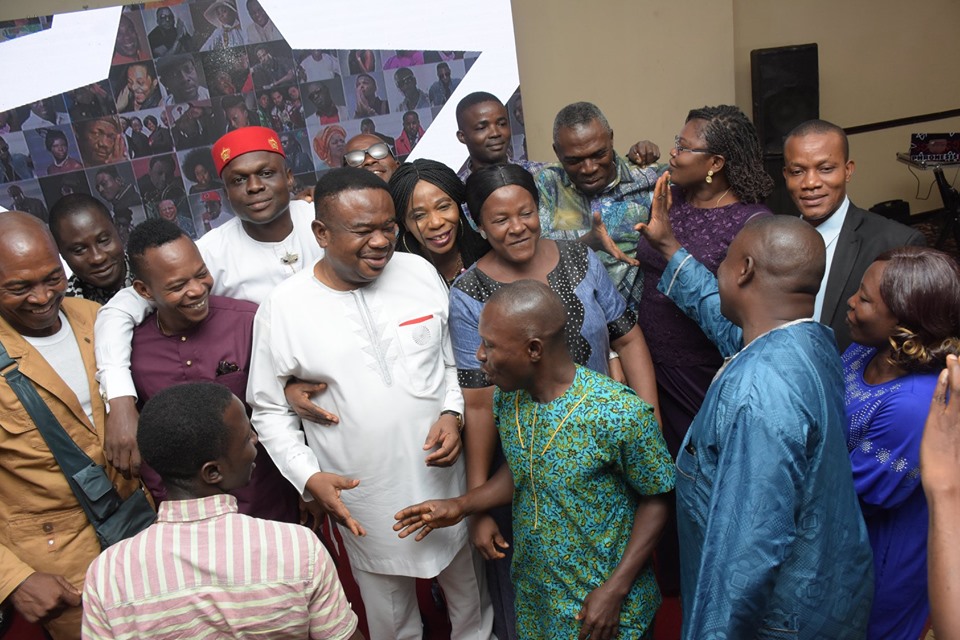 Also elected to the Board on his own merit was renowned music maker and comedy star, Mr. Koffi Idowu-Nuel, popularly known as Koffi Tha Guru who had until the AGM held the seat on the Board previously held by the late Reggae icon, Ras Kimono who passed on in 2018.

Similarly re-elected to the Board is the musicologist, Hon. John Ewelukwa Udegbunam, a former National President of the powerful Music Label Owners & Recording Industries Association of Nigeria (MORAN).

The 2018 audited accounts and financial report of the society was also reviewed by the members and adopted.

The highlight of the AGM which coincided with the second anniversary of the commissioning of the magnificent COSON HOUSE in Ikeja was the Chairman’s address by Chief Tony Okoroji which received huge intermittent applause from the members with standing ovation at the end. 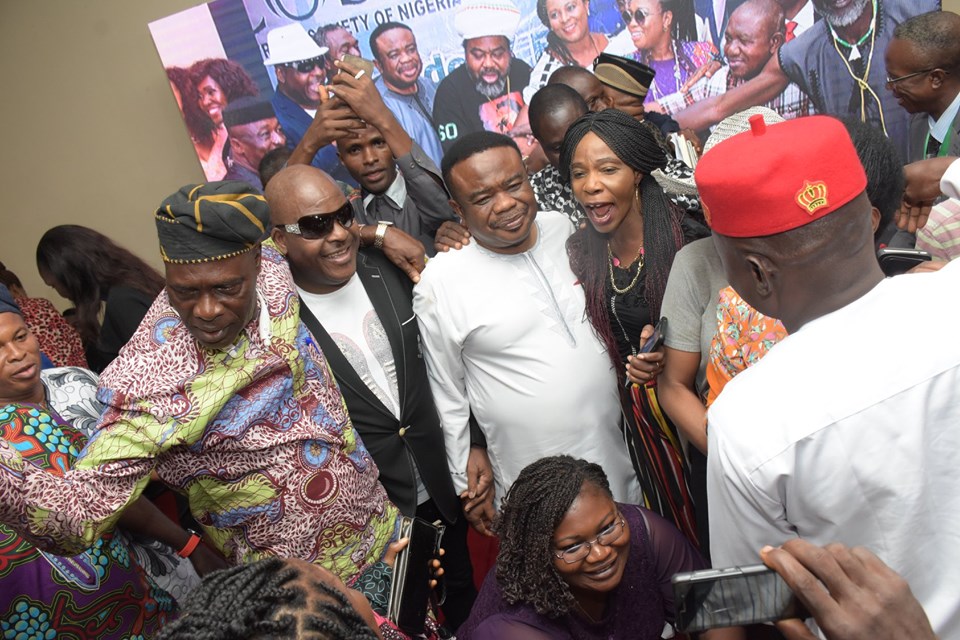 Said Okoroji, “At Lagos Sheraton Hotel today, I can see my brethren in music and music industry personalities from every nook and cranny of Nigeria. I wish to emphasize that it is our different characters, ages, experiences and unique locations that make COSON a truly national institution. The strength of COSON lies with all of you, in every state of the Nigerian nation where you come from as long as music is played there. It truly does not matter whether you play hip hop, highlife, fuji, juju, gospel, reggae, bongo, kalango, ikwokirikwo or whatever. As long you compose music, perform music or invest in music, COSON belongs to you. 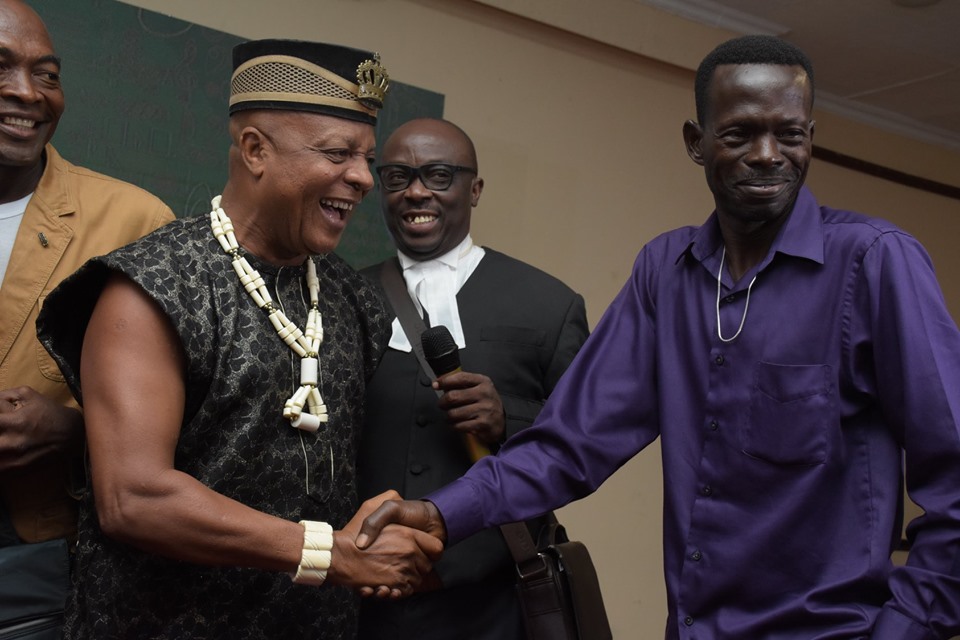 “I have read countless publications in which incredibly defamatory things have been said about me and facts twisted so badly to run me down. I have endured them because of my commitment to our cause and my determination that COSON should not go the way of PMAN.

“Distinguished members of COSON, my dedication to the COSON cause is not because of a title or because of personal wealth. My official car for much of 2018 was one rickety 20-year old Toyota Camry and later on, one 16-year old Honda Pilot. I do not live in a house provided by COSON. No member of my family goes to a hospital provided by COSON. I do not go on a vacation on the bill of COSON. I have spared myself no suffering or inconvenience because of my dedication to the COSON cause because I verily believe that the true worth of a man is not in what he takes but in what he gives”. 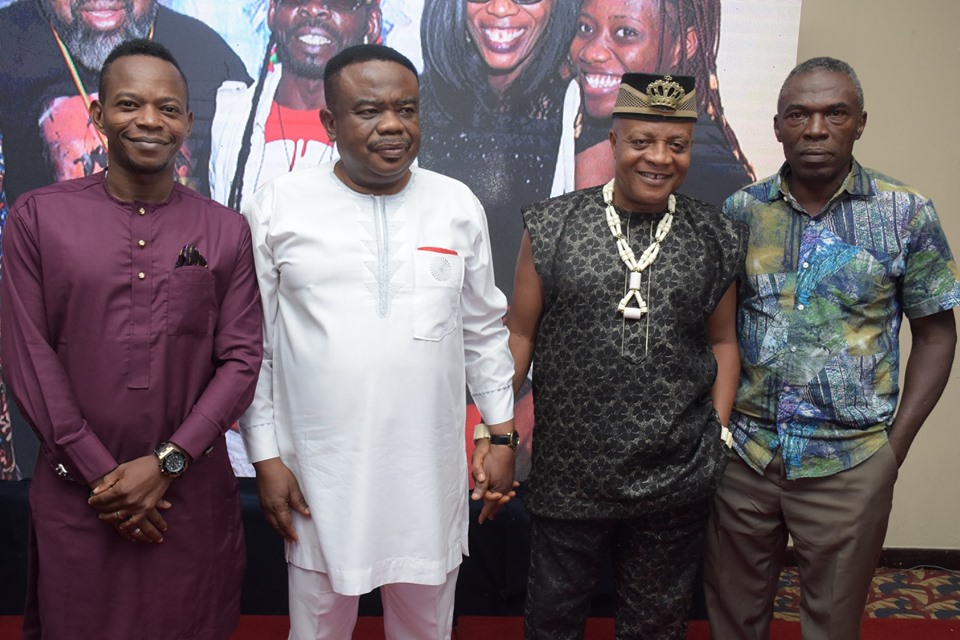 Continuing, Chief Okoroji said, “In commissioning COSON House, it appears that we commissioned envy, jealousy, covetousness, blackmail and the grab-grab madness of some Nigerians. Some of those who were sleeping while we built COSON cannot sleep anymore. They are awake plotting how to take over the place or to destroy it and destroy us. Those who had no time for us as we labored, suddenly have so much time for COSON. Day after day, they talk about nothing but COSON. They are working every day to hijack COSON or destabilize it. They have connived with their friends to hound us and use their people in various banks to shut down our accounts. They are so determined to keep for themselves that which we have built for thousands of the musicians of Nigeria.
“Since then, what have they not done to hijack COSON or bring us down? They tried to foist a leader on COSON and you, the members said absolute no. When that failed, they announced that our licence had been suspended and a court of law told them, ‘not so fast!’. Then, they organized to freeze our accounts in different banks and the courts told the banks to stop the none sense. Then, they tried to lock us up in prison. Now, that too has failed miserably. Shamelessly, a handful of people have shown desperation in their unending effort to hijack for themselves an institution we have built without one kobo of government money to protect the rights of innocent musicians and provide support and joy to thousands of people in our industry. They have unleashed the power of man to try and destroy the work of God. They want to grab the greatest organization ever built by creative people in Nigeria. The power of God however is always greater than the power of man. By the grace of the Almighty, the harder they come, the harder they will continue to fall”.

Amidst thunderous applause, Chief Okoroji declared to COSON members that what happened to PMAN will not happen to COSON.

The 9th COSON AGM may have come and gone but the reverberations will be felt for a long time to come.