– the blow by blow account of the unforgettable event in Abak.

It was a burial like no other. In many ways, it was a big carnival as the iconic highlife musician and oldest member of Copyright Society of Nigeria (COSON), Chief Emmanuel Ntia, was laid to rest in Abak, Akwa Ibom State on Friday, January 18, 2019.

Thousands and thousands of gaily dressed dignitaries and ordinary people of Akwa Ibom State thronged the expansive field of Government Technical College, Abak where the very colourful interdenominational funeral service unfolded. This was after the lying-in state ceremonies at the 11 Waterside Street residence of the famous saxophonist. Leading the large crowd of mourners who viewed the body was the duo of Akwa Ibom State Deputy Governor, Moses Ekpo together with the COSON Chairman, Chief Tony Okoroji.

As the body of Ette Ntia was taken through the streets of Abak with the elevating music of a mass brass band and a significant convoy to the Technical College grounds, traffic came to a halt as people young and old lined the streets and waved. 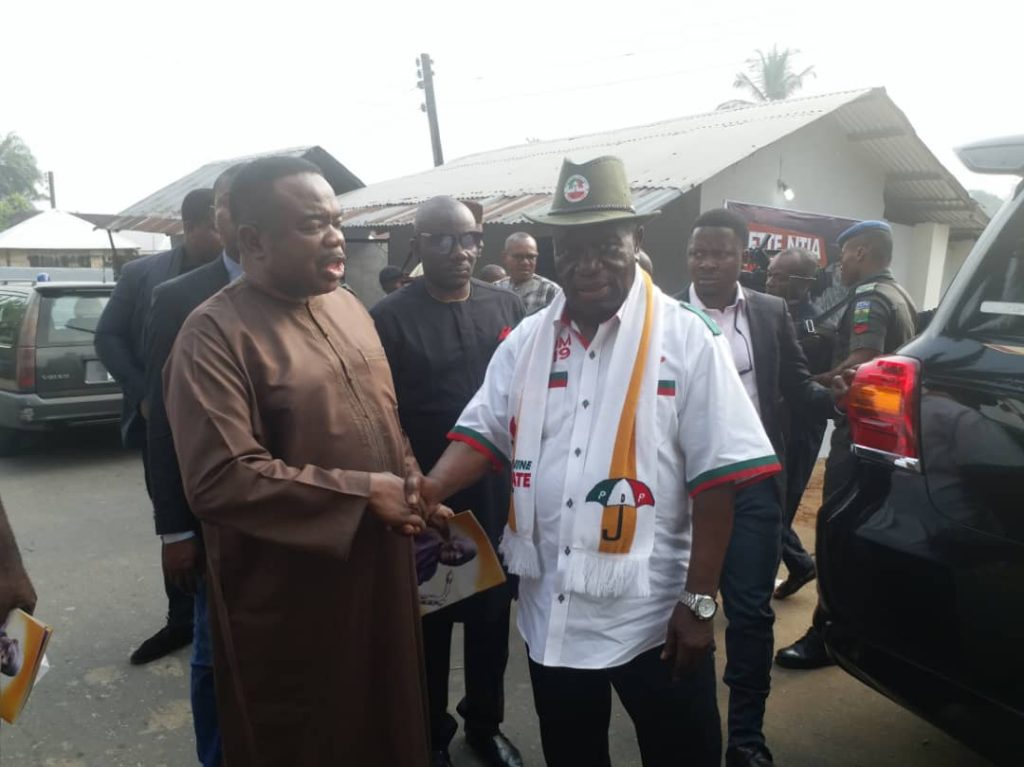 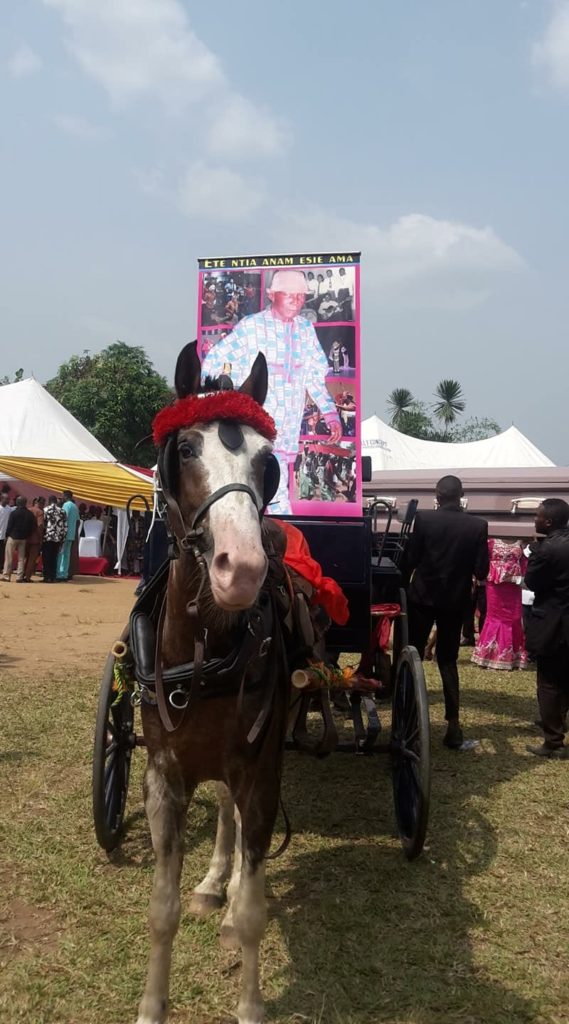 At the funeral service, music was everywhere as choir after choir performed in honour of the 98 year old man of the people who touched the lives of many as his body lay in a silver casket placed on an intricately designed shining dais. One of the highlights of the unforgettable ceremony was the performance of some of Ette Ntia’s famous songs by his son, Pastor Israel Ntia who was joined in energetic dancing and singing by the entire Ntia clan, all gorgeously dressed.  The State Governor, Mr. Udom Emmanuel was represented at the occasion by a bevy of members of his Executive Council led by the Hon. Commissioner for Education, Professor Victor Inoka who delivered the Governor’s funeral oration.

Every member of the State PMAN Executive Council was present including the governor, Elder Ime Charlie who two days earlier had coordinated a memorable all night of non-stop music in honour of Ette Ntia, a former PMAN state chairman, at the famous Tilapia Island Resort in Abak which unprecedented show continued long into the next day with several of the very passionate musicians still unable to perform.

Hundreds of members of Copyright Society of Nigeria (COSON) stormed the Technical College for the funeral of their oldest and most loved member. Among members of the COSON family present were State Coordinator, Professor Godshield Archibong and Consultant, Pastor Nsebong Ekpenyong.

As COSON Chairman and former President of PMAN, Chief Tony Okoroji, delivered the eulogy at the funeral service, the COSON mantra, “let the music pay!” repeatedly charged the air. Chief Okoroji described Chief Ntia as an uncommon son of Abak, of Akwa Ibom, of Nigeria and of Africa who gave everyday of his life not in search of personal wealth but in search of a better tomorrow for others in the music profession, a profession he loved with all his heart. He said that for most of his life, “let the music pay!” was Ette Ntia’s personal mantra. Chief Okoroji thanked everyone who came to give honour to a man whom he said honour is due and called on the Akwa Ibom State government to take appropriate steps to immortalize the great man. Several Pastors and bishops participated in the funeral service.

The casket was taken away in style to his final resting place amidst music and dancing in a horse driven chariot while the celebration continued at both the Technical College and at the independence hall where a lot of the dignitaries were treated to a sumptuous buffet.

Speaking on the burial ceremonies, the COSON General Manager, Mr. Chinedu Chukwuji who participated in the events in Abak said, “the burial of Ette Emmanuel Ntia in Abak was grand in every sense. It was very well planned and everyone in the Nigerian creative sector should be proud of the unforgettable honour done to this great man of music and dedicated COSON member”.